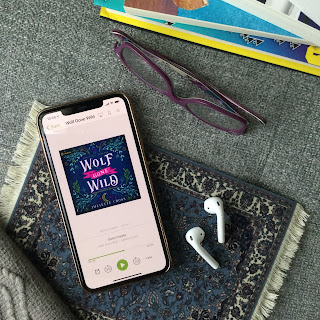 Coming to Audio (Podium Audio) May 18thGet it in print/kindle now - https://amzn.to/2Tl6wEV
Stunning read! This author is just perfect. I had a smile plastered on my face from the get-go! Johanna Fairview and Aiden Snow did a phenomenal job as narrators. I was completely lost in the world created by Juliette Cross the entire time.
The Stay a Spell series is filled with creative characters with a sexy bite. Especially when it comes to Mateo Cruz. Fantastic storylines and a plot that had me guessing till the very end.
Wolf Gone Wild has this Venom vibe to it that sucker-punched me right in my comic-loving heart. Especially with the choice of narrator, Aiden Snow. I can't get his voice saying "Prepare for combat" and "I like" out of my head.
I loved it all!
~Tanja

From the Cover...
What's the worst thing that can happen to a werewolf?

Unable to shift for three months, Mateo Cruz knows all too well. His wolf has taken up residence in his head, taunting him night and day with vividly violent and carnal thoughts. Convinced he's cursed, he needs the help of a powerful witch before he literally goes insane.

​Evie Savoie has always obeyed the house rule of her coven: no werewolves. They're known for being moody and volatile. So, when a distempered, dangerous werewolf strolls into the bar and almost strangles one of her late-night customers, she's ready to bounce him through the door. But the desperation in his eyes when he begs her to help him softens her heart and convinces her to bend the rules.

​What Evie doesn't know is that Mateo's wolf has a mind of his own. And now that she's in his sights, he wants only one thing. Her.
at May 06, 2021
Email ThisBlogThis!Share to TwitterShare to FacebookShare to Pinterest 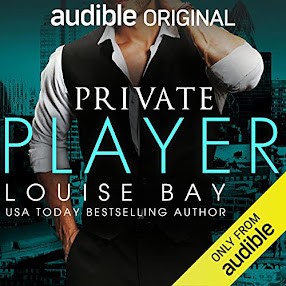