Sliding Down the Sky by Amanda Dick 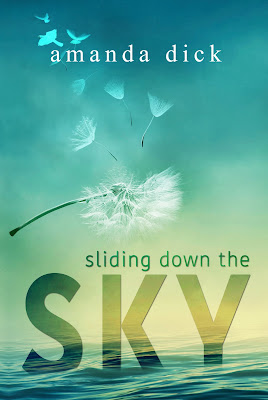 Add me on Goodreads!
Available for Purchase on AMAZON!

Callum Ferguson has grown up in the shadow of the sins of his father. The worst moment of his life came not at the age of sixteen, when he threw his father out of the house, but later in life, when he realised he was just like him. With a predilection for alcohol and violence, he sees his destiny every time he looks in the mirror.

Sass Hathaway, hell-raiser and successful musician, thrived in the limelight – until one night she lost it all. Drowning in an ocean of uncertainty, nursing a crippling case of self-loathing, her brother offers her a chance to find herself again.

His idea of salvation is a dilapidated bar. His proposal; she help him and his wife renovate and run it. However, when she and Callum cross paths, they both discover that salvation comes in many forms.

You can’t escape your past, you can only come to terms with it so that you can move on – but accepting your past is only the beginning. Then you must decide whether you’re strong enough to follow your heart.

(This can be read as a stand-alone, but reading ‘Absolution’ is recommended in order to get the most out of this story). 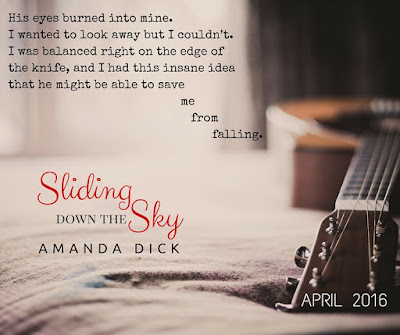 One of my top favorite books last year was by this author titled Absolution. It was just one of those books that made me stop and think about life from a different perspective. Sliding Down the Sky is a stand alone book that gives us the story of Callum. He was a main character in Absolution that I was hoping would get his own story because well... he deserved one. :) I connected with him very much and admired him for all that he did for Ally in Absolution.
Even though this is a stand alone novel, I do think those who have read Absolution will probably connect better to Callum's story. Everything he went through in book one kind of sets the stage for this next phase of his life when he meets Sass, a woman with a tragic past who is struggling with and unbearable loss. The events of Sass's past left her traumatized and scarred. She was in a state of grief and struggling to re-create her life and find a new normal.
Callum was just the guy to help her along and to me it was a beautiful match. It was one of those times where everything he sacrificed in book one ended up being the very things that empowered him to be able to connect with Sass when no one else could. He was able to be the understanding, persistent, supportive and patient guy she needed to help her slowly take down her protective walls and find her courage to start a new life.
I was also really happy that we got to meet Jack and Ally again in this book. They are also still struggling with moving forward, but in good ways. Having their side story to go along with Callum's was an added bonus.
I have a few favorite scenes but at the top was definitely Callum and the tea party... lol... you gotta' love a guy that is willing to sit down and be subjected to a tea party with a little girl all for sake of making her happy. Yes, he scored a lot of Brownie points for that one! :)
I have to say that this author has once again amazed me with her talent for digging in deep and grasping my emotions. Her writing pulls me in emotionally and allows me to connect with the characters in a very personal way. This is not easy to do but she always finds a way with each and every book she writes.
Amanda is definitely at the top of my most favorite Indie authors and for a good reason. Her books always give me something a little different and they always make me stop and think about this crazy roller coaster ride life can be. This book is one that makes me consider that even though life can continuously hit you over the head with a bat, every now and then you get a little something as a result that makes it all worth the trouble. For Callum and Sass... all of their struggles led them to each other. And, I'm pretty sure that despite everything, they are at least grateful for that.
Another beautifully written story that is both heartwarming and heartwrenching and has left me wanting more.
Book one is only .99 on Amazon and free on Kindle Unlimited so if you would like to start there you really can't beat the price! Definitely worth the read... :) And it will make reading this book an even better experience! 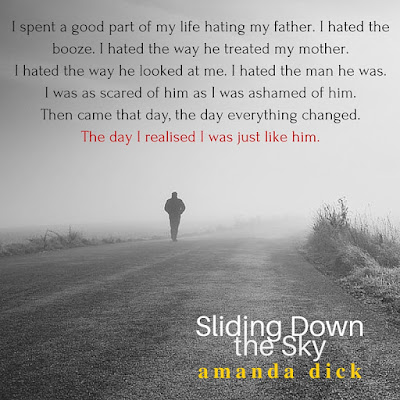 EXCERPT
Desperate for an excuse to escape, I picked up my plate and headed inside with it. I slammed it on the kitchen counter and tried to breathe evenly, all the while talking myself down. I was jealous. That’s what it was. What was I doing wrong? Why couldn’t that be me? Where on earth was I going to find strength like that?
“Hey.”

I didn’t even hear Callum follow me, but when I turned around, he was standing in the doorway, watching me.
“Hi.”
I turned my back on him, picking up my plate and rinsing it in the sink.
“You okay?”
“Fine.”
Such bullshit, but what else was I going to say? Suddenly, the water turned hot and I dropped the plate with a muffled curse, burning my fingers.
“Shit,” he said, at my side in a flash. “Here, hold it here.”
He turned the cold water on and shoved my hand under the stream. The relief was instant, although it didn’t help my mood. He was too close to me, his body blocking me from behind, his hand still holding mine under the water. I could smell him, his personal scent a peculiar mix of engine oil and cologne. It drove me wild, and also ripped me open.
One minute, I wanted to cry. The next, I wanted him to kiss me. What the hell was wrong with me?
“Promise me something,” he said huskily, his face so near mine.
I didn’t want to promise him anything. My first instinct was to say that, but I fought it because I was curious.
“Promise me you won’t lie to me anymore, no matter what,” he said, his other hand slipping between my arm and my body and settling on my hip. I could feel it burning through my jeans, right through to the skin. I had visions of last night, of how gentle his hands were. They fascinated me. Despite their size, and rugged outward appearance, they were tender, careful. I was beginning to think his hands were a metaphor for his personality.
His breath fanned against my neck. I had no idea if he was doing it on purpose or not, but it made it nearly impossible to draw a steady breath.
“When I ask you if you’re okay,” he continued, his breath igniting the fire inside me, the one I’d thought was long since dead. “Don’t lie to me and say you’re fine when you’re not. I might be a lot of things, but I’m not an idiot. Let’s make a pact, right now. Just the truth from here on in. Okay?”
My heart thundered in my ears. Part of me wanted to fidget and pull away and get some space between us, because I’d almost convinced myself that’s what I needed. Space, room to breathe, to move, to think.
Another part of me wanted him to kiss me, just like he had last night, because that’s what made me forget everything else. That’s what made me feel like a real person, like a whole person.
I sucked in a shaky breath. My body was on fire, and it had separated from my brain. One wanted him to come closer, it didn’t care what he said. The other wanted to push him away, because what he was suggesting was a step too far.
“Okay?” he asked again, his hand squeezing my hip gently.
God help me, I nodded.

Haven't read Absolution??
It's only .99 on Amazon and FREE with Kindle Unlimited!! 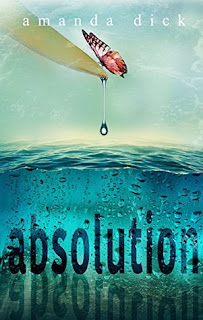 at April 20, 2016
Email ThisBlogThis!Share to TwitterShare to FacebookShare to Pinterest