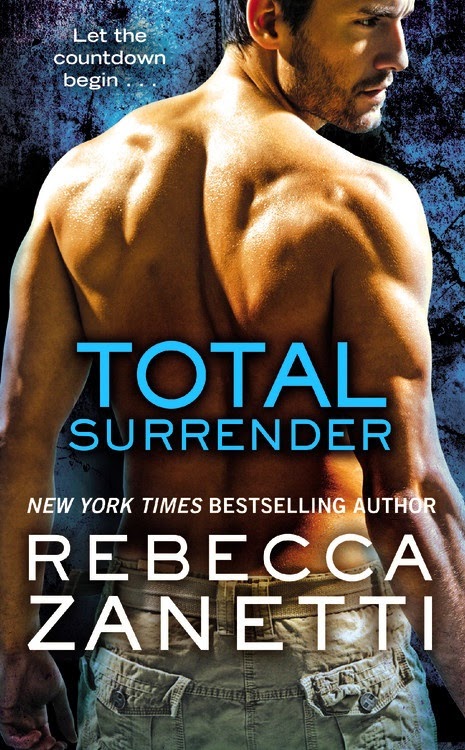 A fight he must win . . .
Piper Oliver knows she can't trust him. They warned her that the tall, dark, and sexy black-ops soldier Jory Dean would try to win her over with his steel-gray eyes and deadly charm, but she won't be conned by this man they call a traitor. All she has to do is figure out the science necessary to save his life, and she's done. Something isn't adding up, though, and she won't rest until she uncovers the truth-even if it's buried in his deep, dangerous kiss.

A passion she can't resist . . .
Jory will do anything to reunite with and save his brothers-even kidnap the gorgeous woman who's working to deactivate the deadly chip in their spines. But the forces determined to destroy his family won't let them go so easily. Keeping Piper alive is more than he bargained for-and so is his burning desire for her. But with every second bringing him closer to certain death, can he afford to lose himself in her hot and willing embrace?

“Madison? I have one week to live. For once, have a heart and let me live out my last days.” It was the closest he’d come to asking the brilliant scientist for anything after she’d started hitting on him when he’d reached puberty. She had a record for playing with cadets, and he’d kept his distance, as had his brothers, he was sure.
“I didn’t raise you to be a quitter. Don’t worry. I have a plan,” she said.
As usual, he’d have to work against her. He shoved a hand through his hair, which had begun to curl at his nape.
“What’s the plan?” If he was going to figure out a way to save his brothers, he had to get out of there.
“For one thing, I’d like to schedule you for another MRI. Your brain is functioning . . . abnormally.” She stared at his forehead as if she could see into his gray matter, her lip curling. “I’m having a PET scan set up for later today, also.”
Fuck, shit, and damn it all to hell. He couldn’t let her discover his special abilities, nor those of his brothers. They’d succeeded for years in hiding the very skills that had kept them alive. But ever since the coma, something new percolated in his mind. Something he apparently couldn’t hide now.
“You’ve been doing scans for months. Nothing is different.”
“The scans from last week are different.” She tapped a red fingernail against her lips.
Yeah. His best guess was that new paths had been forged in his brain during the coma, and a weird tingling in his lobe had begun the previous week. Maybe it was his special abilities increasing in power, or maybe it was something new. Either way, he had to mask the truth.
Two heartbeats echoed from outside the room, so he tilted his head to hear better while trying to appear bored. Dr. Madison had no clue about his heightened senses or his extra abilities, and he needed to keep it that way.
A soldier entered first, followed by a woman in her mid-twenties, who slid out from behind him.
Jory’s breath caught in his throat. Exquisite  Jory’s breath caught in his throat. Exquisite. For once, that word could be applied accurately. She stood to about five foot six in black boots wearing a matching leather jacket. Light mocha-colored skin, curly black hair, and eyes greener than the most private parts of Ireland.
She took one look at him and stepped back.
He moved forward and flashed a smile that made her eyes widen. If he had to scare her to make her leave, he’d do it.
Anybody seeing him in captivity would be killed by the commander after serving their purpose. So he forced sexual tension to filter through the room.
How he could do it, he wasn’t sure. Maybe pheromones and bodily heat waves, and the ability came easier now than it had before the coma. It was a hell of an advantage to use sometimes, and he ignored Madison’s quick intake of breath when he employed it.
“Is she for me?” he asked, forcing his gaze to run over the newcomer’s body and surprising himself when he hardened in response. God. He’d been on a mission and then in a coma for two years before spending time in captivity recuperating. When was the last time he’d gotten laid? Way too long ago.
He’d always liked women, although he’d never gotten close to one. Not really. They were either part of a mission or worked as doctors in the facility, and those certainly couldn’t be trusted.
This one was petite with delicate bone structure and clear, intelligent eyes. Whatever her purpose, she sure as hell didn’t belong in the dismal place. Hopefully she’d turn on her heel and get out since he’d leered at her.
Instead she lifted one eyebrow. Her face flushed. “So that’s him.”
Well, damn. Another angel with the heart of a demon. A pang landed squarely in Jory’s chest. Beauty should never be evil. “Yeah, that’s me,” he murmured, dropping the sensual attack. “Who are you?”
She opened her mouth and shut it as Dr. Madison shook her head. “It doesn’t matter who she is,” Madison muttered. Grasping the woman’s arm, Madison led her over to a computer console. “Get to work, and remember the rules.”
The woman jerked free and stepped away from Madison. She eyed Madison like an opponent in a boxing ring—with wariness and determination.
Jory frowned, and his instincts started to hum. Was the woman a prisoner, like him? Maybe he could gain them both freedom, with her help. She was outside of the cage, now wasn’t she? He smiled.
Dr. Madison glanced back toward Jory, her gaze narrowing. “Leave her alone to work, and I won’t have you tranquilized again.” With that, she allowed the soldier to escort her from the room, and the door nicked shut behind her.
The woman sat at the console and turned toward him. “Piper. My name is Piper.” She eyed the partition. Her voice was smooth and sexy . . . feminine. She guarded her expression well. “They didn’t give me your name.”
Yeah. They wouldn’t have thought to give his name. “Jory.” He really liked the way her tight jeans hugged her curves, and he appreciated the intelligence sizzling in those spectacular eyes. She’d have to be smart to help him escape.
“Why are you here, Piper?”
She exhaled slowly and stretched out her fingers. “I’m here to save you, Jory.”

Website   Facebook   Twitter   Goodreads
New York Times bestselling author Rebecca Zanetti has worked as an art curator, Senate aide, lawyer, college professor, and a hearing examiner - only to culminate it all in stories about Alpha males and the women who claim them. She is a member of RWA, has won awards for her works throughout the industry, and has a journalism degree with a poly sci emphasis from Pepperdine University as well as a Juris Doctorate from the University of Idaho.

Growing up amid the glorious backdrops and winter wonderlands of the Pacific Northwest has given Rebecca fantastic scenery and adventures to weave into her stories. She resides in the wild north with her husband, children, and extended family who inspire her every day-or at the very least give her plenty of characters to write about.