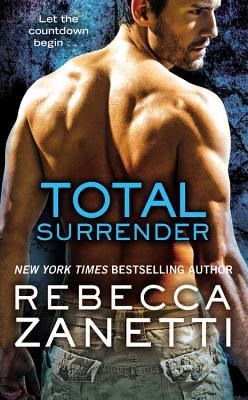 This series is a TOP RECOMMENDATION!
A KT Favorite!!
Pre-Order the final installment now on AMAZON!
Add me on Goodreads!

Piper Oliver knows she can't trust him. They warned her that the tall, dark, and sexy black-ops soldier Jory Dean would try to win her over with his steel-gray eyes and deadly charm, but she won't be conned by this man they call a traitor. All she has to do is figure out the science necessary to save his life, and she's done. Something isn't adding up, though, and she won't rest until she uncovers the truth-even if it's buried in his deep, dangerous kiss.

A passion she can't resist...

Jory will do anything to reunite with and save his brothers-even kidnap the gorgeous woman who's working to deactivate the deadly chip in their spines. But the forces determined to destroy his family won't let them go so easily. Keeping Piper alive is more than he bargained for-and so is his burning desire for her. But with every second bringing him closer to certain death, can he afford to lose himself in her hot and willing embrace?

This final book gives us plenty of action, lots of steamy romance and even a few moments of laughter and tears. A very fulfilling conclusion to this awesome series!
The boys are finally all together and the race to deactivate the chips is on fast forward as time is definitely running out. I was on the edge of my seat until the very last chapter and I was anxious for the fate of Jory.
This group of brothers were created and engineered to be super soldiers. They were raised in a cold, loveless environment. The individuals who created them were successful in all ways except one... they could not engineer their emotions and the strong bond they formed as brothers. Their desire to give and receive love and be a part of a real family is what drove them to rebel and escape from the life they were born into against their will. Yes, the scientists definitely got more than they bargained for with this bunch.
There is one thing that stands out with this band of brothers. To be loved by one of these guys is to be loved thoroughly and completely! These guys are over bearing and definitely irritating at times, but at the same time they can be tender and sweet. They are in constant battle with what they were created to be and what they want to be. It's a constant balancing act of control.
Jory gets his love story in this book with the lively, beautiful and highly intelligent Piper. It doesn't take long for the steam to begin rolling off the pages with these two. I loved this quote from the ladies who belong to this bunch of alpha males:

"A week with a Dean brother is like a year with anybody else. You know. With the shooting, the espionage, the fighting for their lives and the great sex...don't forget the over the top, excellent, many times over...sex."

Yep... that pretty much sums up these guys. They are definitely a handful but totally worth the trouble. :)
This book should not be read as a stand alone... it is best to start with book one... Forgotten Sins. Even though each of these books focuses on each brother finding love, there is an on-going story that goes along with it that requires you to start from the beginning. I have loved every book in this series and I highly recommend it to fans of Romantic Suspense. Particularly those who love a good Alpha Male.
There are a few surprise characters introduced in this last installment which leaves me wondering... will there be a spin-off series? If there is one... I'm definitely on board!

ARC was provided by Forever Publishing

at February 28, 2015
Email ThisBlogThis!Share to TwitterShare to FacebookShare to Pinterest